Every day, we face the possibly greatest energy machine ever. It is the sun, and with the help of solar cells, its energy can be used to generate electrical current.

Here I describe a series of experiments at the Institute of Chemistry and Technology of materials at the Technical University Graz, in which I investigated the influence of different production parameters on the energy conversion efficiency of polymer fullerene solar cells (a special type of organic solar cells). What is the energy conversion efficiency? It is the ratio between the generated electrical current and the energy from the sun. It tells you, how much of the sun‘s energy can be transformed into electrical energy. This article should give you a short overview of this topic.

HOW DO ORGANIC SOLAR CELLS WORK?

Organic solar cells are made of organic molecules (containing carbohydrates). The basic design can be compared with a sandwich. An electron donor and an electron acceptor are placed between two electrodes [5]. If solar cells are lighted, the electrons of the donor material reach a higher level of energy. The electrons are transferred from the donor to the acceptor material, which is able to absorb electrons. There is a flow of electrons and since electrical current is defined as a flow of charge, electrical current is being generated (see figure 1) [6].

Figure 1 Electron transfer in an organic solar cell? Light energy excites electrons of a donor molecule. Thereby these electrons are lifted to an energetically higher level. An acceptor molecule can then take up the electrons, if this is accompanied with loss of energy (the energy level of the electrons is lower in the acceptor compared to the excited state in the donor). When happening in numerous molecules in a row, an electric current is flowing. Why does the electron flow to the acceptor instead of falling back to the energetically lower state of the donor? The reason is the choice of the materials. The donor is made of a material which is intended to give away electrons, whereas the acceptor material easily accepts electrons.

In the laboratory, I have produced bulk heterojunction solar cells, a special type of organic solar cells. Simplified, the design consists of a glass plate with anode material on it. Then the donor and acceptor layer are mixed and coated onto the plate. Finally, a metal electrode is added to the plate (see figure 2) [7].

Figure 2 Design of an organic bulk heterojunction solar cell: A transparent electrode is added to a glass plate, and subsequently the active layer consisting of donor and acceptor. A second electrode made of metal forms the last layer.

The donor materials in my experiments were three different polymers, abbreviated: P3HT, PCDTBT and PTB7. Different polymers were investigated and finally compared, because the chemical structure has a major influence on the energy conversion efficiency of solar cells. The fullerene phenyl-C61-butyric acid methyl ester (PCBM) was the acceptor in this series of experiments. Fullerene is a big organic molecule, similar to graphite that looks like a football (see figure 3) [8]. 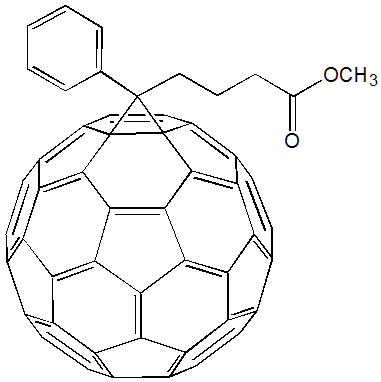 PRODUCTION OF THE ORGANIC SOLAR CELLS

After cleaning the glass plate and applying the different layers onto the substrate, aluminium contacts were vapour deposited as electrodes. Then the cells were tempered for 30 minutes (see figure 4). 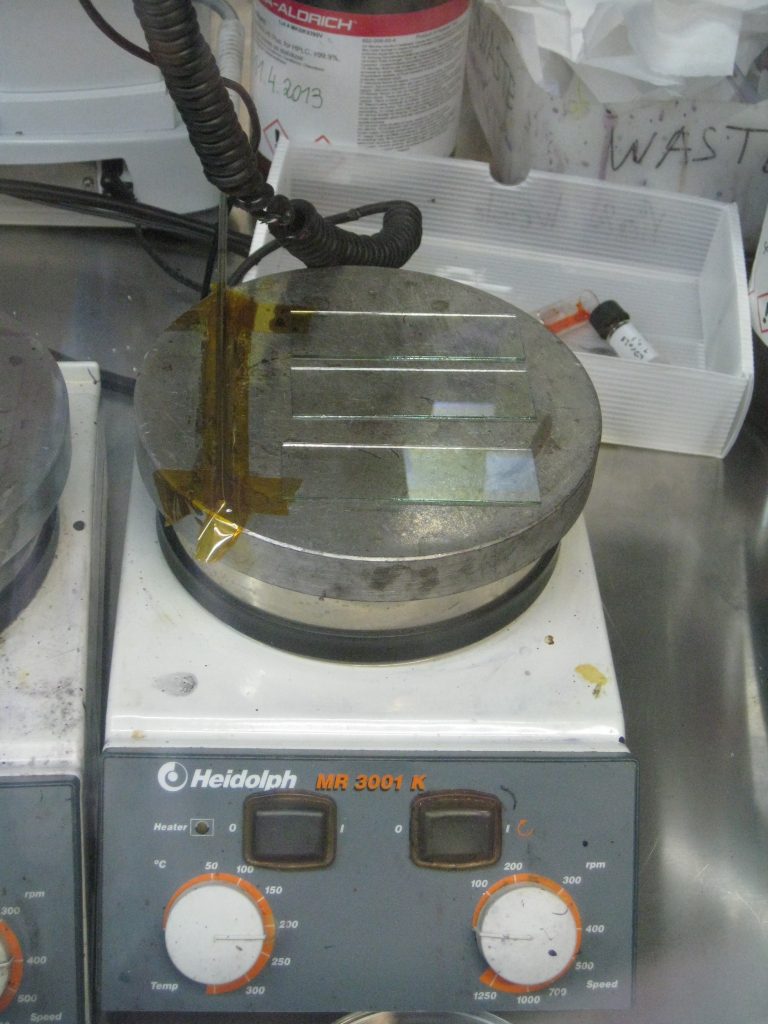 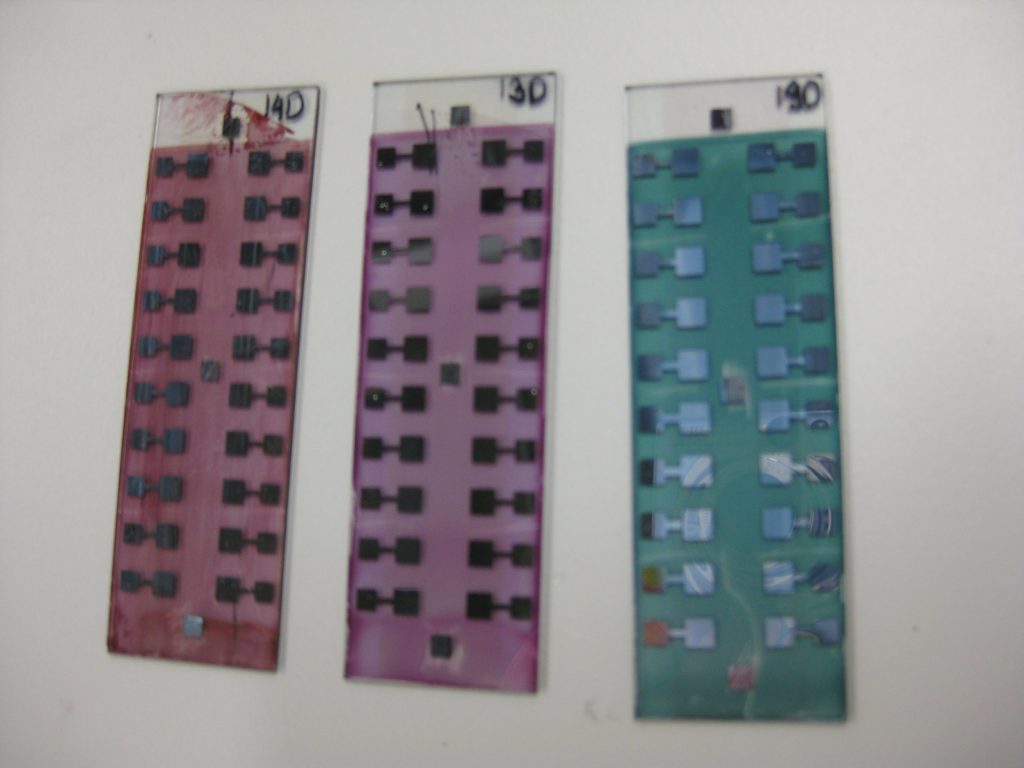 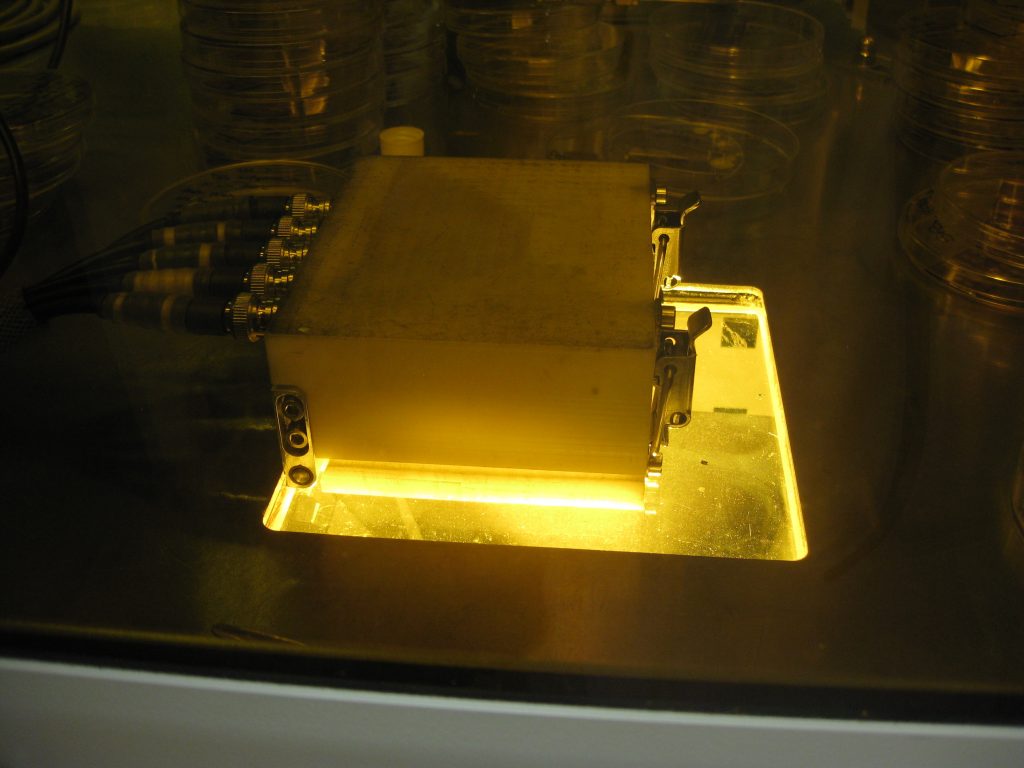 Figure 6 Measuring box: The solar cells are exposed to light and the electrical current measured to calculate the energy conversion efficiency. This occurs in a box in which the solar cells have to be placed. The front of the box consists of glass and faces the light source. Furthermore, the whole instrument is connected to a computer.

I know, this was a lot of (probably) complicated information and as you might already be thinking, I got a lot of data. That is why I will take two examples which I want to explain to you: Have a look at figure 7: After applying the polymer fullerene solution onto the plate, the latter was heated. The diagram shows the achieved efficiencies of solar cells produced with the polymer P3HT. The solar cells had been exposed to four different temperatures. The first measuring point shows the efficiency of solar cells which only experienced room temperature. The highest total energy conversion efficiency was achieved when the plate was previously heated to 140°C for 30 min. The energy conversion efficiency at 140°C is higher than at other temperatures, because thermal annealing (heating the plates) changes the structure of the polymer fullerene layer. In detail, thermal annealing leads to a larger interfacial area between donor and acceptor and improves the pathways for the electrons.

This leads to increased absorption of light and improved charge transport to the electrodes. This is important since electrical current is a flow of charge. But the energy conversion efficiency decreases when annealing temperatures are too high, because the structure of the molecules is changed. This makes the production of free electrons more difficult [9]

. The second parameter investigated was the process additives. 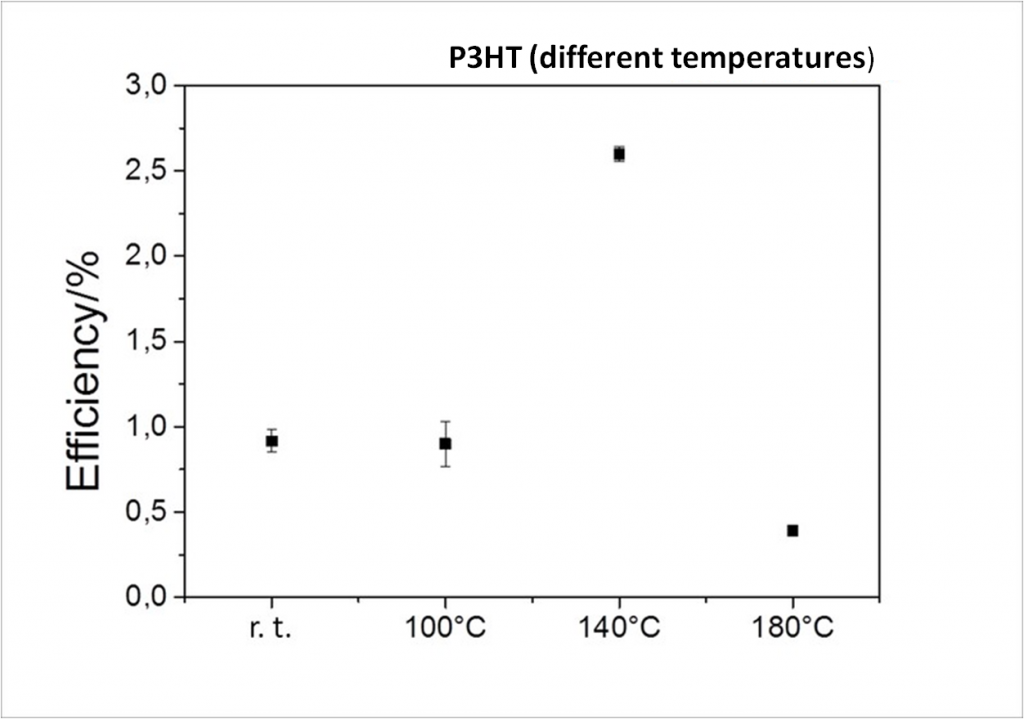 Figure 7 Influence of temperature on the efficiency of solar cells which had P3HT as electron donor. 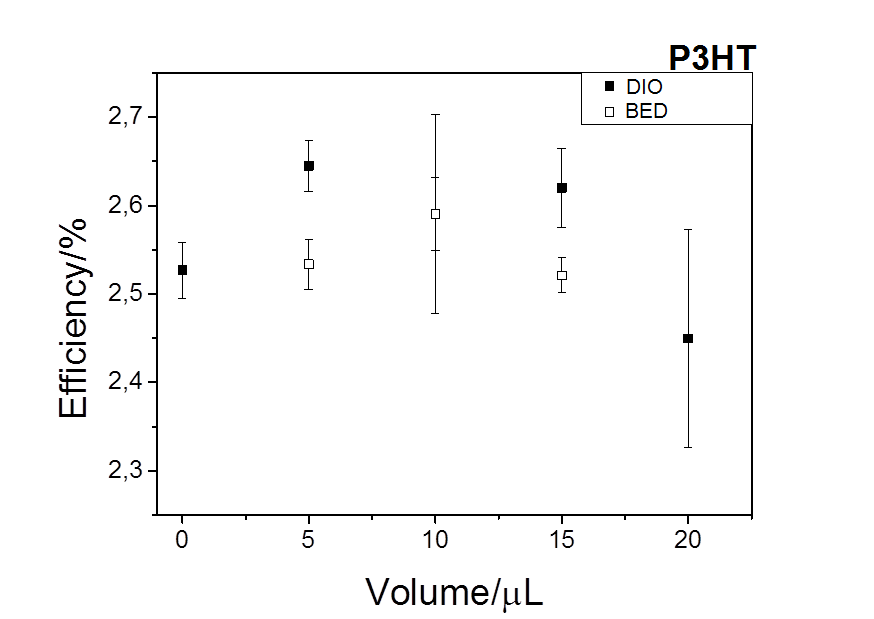 Figure 8 Influence of process additives on the energy conversion efficiency.

Diiodooctane is said to increase this mobility by adapting the morphology of the polymer fullerene film [10]. So, solar cells are still a big field for investigations. There are always new ideas and although they are rarely available so far, organic solar cells might be the future of solar cell technology, since they have advantages like flexibility and transparency. This may lead to new possibilities in architecture, such as panoramic roofs. Every single change in the production can have a huge impact and there is a lot of  work behind a single solar cell. Perhaps you realize now what happens inside some of your daily gadgets. And when you see a football next time, you might react just the same as I do: „Oh my god, the football looks like a huge fullerene!“